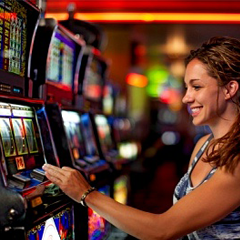 The current monopoly held in the German gambling arena is soon to be knocked down by government imposed competition. The Federal Ministry of Economics has decided that the lottery and its sixteen operators have been in direct violation of European competition laws.

The Federal German Cartel Office feels that the German consumer should have the opportunity choose from a selection of competitive service when it comes to casino lottery in the country. This decision to endorse casino competition is being promoted by law makers to avoid the tyrannical attitude that could be imposed by owner of a monopoly. This is similar to a dilemma that faced casinos in London recently, as the competitions commission in the UK decided that a buyout of bingo clubs would cause one single operator to have too much of the market share in the country.

Although the federal government in Germany acknowledges that gambling is not a necessity in the country. The adverse effects the industry could have on policy are dangerous enough to cause concern.

Bundeskartellamt, the German Cartel Office, is obligated to enforce laws that illicit competition for all forms of product. Casino gambling and lottery is not without that realm of jurisdiction.  Since the fall of the Berlin Wall, there have been many necessary changes undergone to improve business relations in the country.

The offenses and violation of free competition from the lottery company in Germany is more than clear. The restriction of commercial point of sale tickets for other casino lotteries, dividing the market between 16 smaller lottery companies to make it seems as though there was competition, and fixing the books as far as casino yields so that it appeared to be a smaller amount to government officials have been made painfully obvious.

The Cartel Office plans to enact activity that will promote casino competition as soon as possible to rectify the problem and ensure that all players at online casino sites or lotteries can get a fair deal that does not simply go to one company and one company only – which is sure to be better for the country as a whole, especially in terms of the economy.