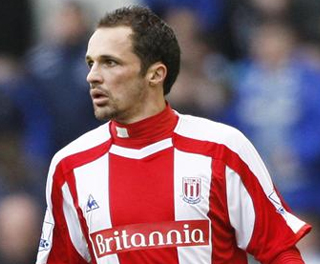 Even though recent news has suggested that highly paid premier league players are likely to be receiving even higher sums of money from clubs in the future, Premier League up and comer Matthew Etherington has admitted that a large amount of money he has earned has been lost on gambling.

Etherington talked to the Mail on Sunday last week, admitting that both his career and personal life have been at breaking point due to debts of over £800,000. Etherington’s comments reveal some of the hidden gambling culture indulged in by some of England’s best paid sports professionals.

Etherington spent most of his money gambling on horse racing and greyhounds, but also lost a neat £20,000 in card schools and casinos in London last year. He said: “It was silly but there was a lot of us doing that. It can’t be good. Any normal human being, if you are losing a lot of money, you are not going to be happy and you are going to resent the person taking it off you. It couldn’t have been good for team morale. I wasn’t as focused on my football as I should have been. With an alcoholic or drug addict you can look at them and tell, “You are not well” but with a gambler you can’t tell. Most people didn’t have a clue about the sums and the debt I was in.”

After breaking down to his family in September, Etherington spent a week at the Sporting Chance centre a month later. Although Etherington has learned to manage his addiction, the overall problem with excessive gambling amongst Premier League footballers is increasing, not decreasing.

Chairman of the Sporting Chance organisation, Peter Kay said: “The sums we are seeing now with big gamblers are increasing. The problem gamblers are uniform through the leagues, but Premier League players have access to greater credit.” The issue here seems to be not the fact that the games themselves may be addictive, but that the footballers suddenly come into a lot more money than they have ever had before, and struggle to control their spending in all spheres as a result.